IIST organized the Okinawa Industrial Tour for foreign diplomats stationed in Japan with the aim of deepening their understanding of the economy and industry of Okinawa. Through the cooperation of the Okinawa General Bureau of the Cabinet Office, the participants visited various industrial facilities which were developed in line with the Okinawa Economic and Industrial Vision compiled by the bureau.


Dates: October 5 - 7, 2011
Organized by: Institute for International Studies and Training (IIST)
In cooperation with: Okinawa General Bureau of Cabinet Office

The participants had opportunities to understand Okinawa's economy and industry by observing various industrial facilities. It is hoped that this program would contribute to enhance economic, industrial and academic exchange between the participating countries and Japan. The tour was featured in television news(NHK) and local newspapers. 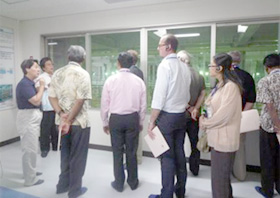 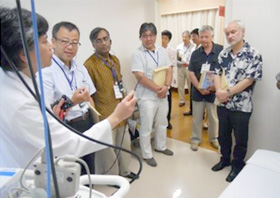