Continuing from previous fiscal year, seminars were held on the themes of competition law, the World Trade Organization, and trade law.
Specifically, in response to strengthened cartel enforcement in many countries, Japanese government officials and cartel regulators from other countries gave commentaries on such topics as the state of enforcement of competition law and problems in the leniency system.
In addition, in view of the fact that Japanese companies are not necessarily making proper use of the WTO's dispute settlement procedures, an opportunity was provided for a former WTO official to explain methods of use.
Seminars and symposiums were held seven times, attracting a total of 333 participants. (Details are given here.
Amid the growing need for Japanese companies to respond to competition law, through their dialogue with industrial circles, experts and government officials were able to provide the knowledge and information required by Japanese businesses in a timely manner. It can be expected that this will contribute to the international trade business of Japanese companies in a large measure when they expand their operations overseas. 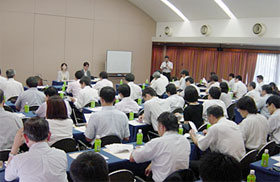 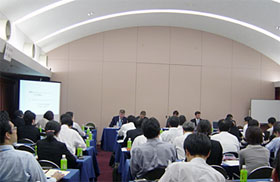