The purpose of this project is to enhance understanding among the industrial circles on the trade issues that Japan is facing as well as the trade policies related to these trade issues. Accordingly, it focuses on topics that are evidently the most important for Japan, such as dispute settlement, competition laws/antitrust laws, and the WTO. IIST has supported this project since fiscal 2005 in line with IISTŌĆÖs thrust and objectives.

The seminars were held 10 times in total based on the 3 themes, related to WTO, issues with competition laws, and the economic situation of various countries. The program gave particular weight to issues regarding competition laws in light of an increase in action regarding antitrust laws, such as the establishment and enforcement of the Chinese Antimonopoly Act, the trend in Japan to amend the Antimonopoly Law, and the prominent expansion of law enforcement in western nations to regulate noncompetitive behavior, such as the formation of international price cartels. 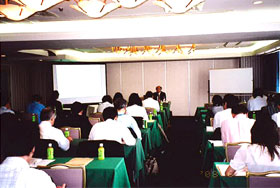 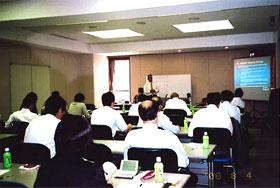