Category: Exchange Program for Foreign Diplomats in Japan • FY2008 JKA • Programs for Understanding Japan • Programs for the Promotion of Regional Internationalization and Activation

The "IIST-Asia Industrial Tour in Hiroshima and Yamaguchi" was held in cooperation with the Ministry of Economy, Trade, and Industry on May 14th through the 16th, 2008. The tour was organized in the aim of introducing economic and industrial conditions of Hiroshima and Yamaguchi prefectures by visiting leading companies of the regions, important historical heritages and et al.; these two significant prefectures in the Chugoku region of Japan played an important part in the process of modernization and economic development of Japan.

On the first day, the delegation paid a courtesy call to the governor at Hiroshima Prefectural Office; a dialogue with the governor provided participants with a deeper understanding of Hiroshima's industrial conditions and the process that led to Hiroshima's revival after WWII. Through a visit to Mazda Co., Ltd., participants learned about various initiatives and strategies of the automobile manufacturer which has been rooted in the region. In addition, at the dinner meeting hosted by IIST, participating diplomats, business leaders and community representatives of the region were able to discuss the potentials of joint business ventures and future economic exchange between Asia and the Chugoku region; Director General and senior officials of the Chugoku Bureau of Economy, Trade and Industry (METI) and community/business leaders from the Chugoku area attended the dinner meeting.

On the second day, the delegation transferred to Yamaguchi Prefecture and visit OHJI Rubber & Chemicals Co., Ltd. where vigorous production and sales activities of SMEs based in the Chugoku region were observed. Also there was a visit to Shoin Shrine in Hagi City, known as a major site related to the Meiji Restoration; the participants learned about historical figures and events of a major turning point in Japanese history, and were especially impressed by the great respect the people of Hagi have for Yoshida Shoin. After the site visits, the Mayor of the Hagi City attended the dinner meeting and the diplomats were able to deepen understanding of the present Hagi City.

On the last day, the delagation visited Choshu Industry Co., Ltd. to observe systems such as solar power and semiconductor systems. In Shimonoseki City, a meeting with the vice Mayor and the president of the Shimonoseki Chamber of Commerce and Industry and other leaders in the city was arranged to discuss prospects of strengthen existing relationships between Asia and this region.

During this program, the participating diplomats were able to enhance their understanding of Chugoku regional industrial conditions and a part of Japanese history by visiting and observing efforts of outstanding business facilities in Hiroshima and Yamaguchi, as well as various historical landmarks, which played important roles in the history of Japan, such as the Peace Memorial Park, Miyajima, Hagi City and Shimonoseki City. Not only was the tour a valuable occasion for participants to exchange ideas with people of the region, but an opportunity to create networks that are expected to strengthen and promote mutual cooperation between Japan and the other countries of Asia. 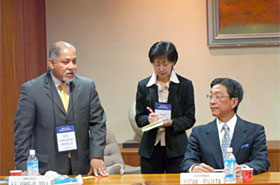 Courtesy call to the governor of Hiroshima (at Hiroshima Prefectural Office) 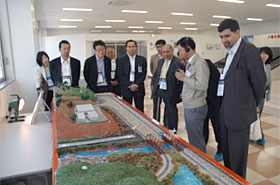 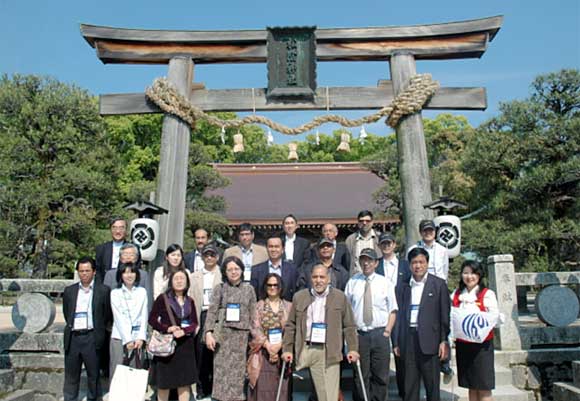