New Corporate Procurement Strategy on Trade in Goods and Services in the APEC Region – Supply-chain options with CSR perspective (Sendai Symposium) – [May 16, 2007]

With the advent of globalization, companies increase procurement of materials and products from various parts of the world. This forces the management to take into consideration differences such as the business environment, sense of values and customs in order to fulfill their corporate social responsibility (CSR). To address these new issues, IIST held a symposium involving experts from the APEC region to consider how companies should prepare for and deal with CSR.

The Sendai Symposium was held as part of the APEC project on CSR throughout the companiesŌĆÖ entire supply chain. It was intended to: (1) highlight common issues; (2) establish a new network of people; and (3) develop measures to promote CSR in the future. Presenters were invited from the USA, the Philippines and Chile, who actively shared opinions and information with four Japanese CSR experts and over 130 general participants.

We tried to allocate as much time as possible for discussion between experts and general participants, and there was a lively exchange of opinions up to the last minute thanks to many excellent comments and questions from the audience. Many participants gave high evaluations in the questionnaire. In particular, it was pleasing to receive many comments saying that they were able to see the difference in focus between CSR implemented abroad and that in Japan. 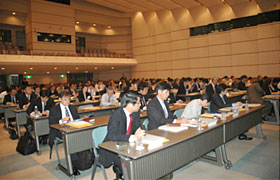 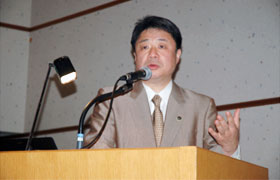 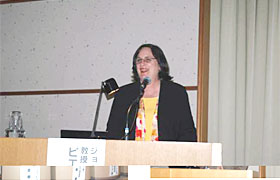 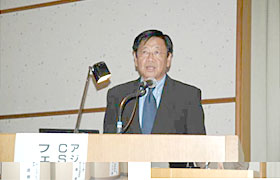