Institute for International Studies and Training (IIST) has participated in Asia-Pacific Economic Cooperation (APEC) Human Resources Development Working Group (HRD-WG) Meetings and Capacity Building Network (CBN) Meetings as a representative of Japan since the establishment of APEC, to discuss policies in the fild of developing managers and to implement projects.

Progress Report: Japan reported on the risk management project and Capacity Building for Recycling-based Economy.
New Project Proposal: Japan proposed a project entitled, вҖңCapacity Building towards New International Architectures on Trade and Investment,вҖқ aiming to promote correct understanding of a variety of liberalization efforts including WTO and FTA.The project received support from the members and was endorsed for implementation. 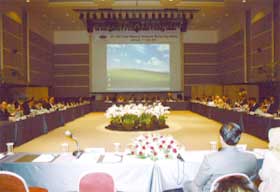 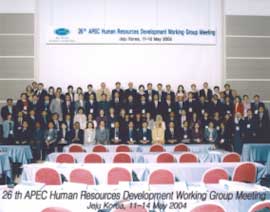 Human Resource Development Dept.
(For the Japanese version of this article)